Card payment at the local farmers‘ market? No problem in Poland.

Cashless payments in Poland have made a huge leap forward. While three years ago up to 77% of active points of sale did not accept payment cards and the number of POS terminals per 100 people was 16, today the figure has increased to 25 per 100 people. Pawel Widawski, Vice-President of the Cashless Poland Foundation spoke to us about the process while attending the Cashless Day 2019 conference in cooperation with Visa in Bratislava.

How did you achieve such a fast rate of POS acceptance among merchants?

The solution was quite simple. First, we offered them free use of POS for one year to test it. They soon realized that their revenue had increased, and their related cost increase was not significant. Within less than two years, the number of POS terminals across the country grew from 600 to almost 900 thousand. This subsequently boosted competition among financial services providers and gave rise to new sale channels.

Were there concerns that the free POS terminals might not actually get used?

We were concerned, but fortunately it was not necessary. What is more, the merchants‘ average transaction spend increased to 52 zloty (12 euro) and average monthly value of transactions per one terminal is 4000 zloty (930 euro).

While speaking at the Cashless Day conference, you said that the Polish payment card market is different than the Slovak one. Could you specify the differences?

During the last 20 years most of Polish banks decided to sell acquiring business to non-banking organizations.  Slovak banks continue to issue cards and provide POS terminals. Polish acquiring market is dominated by non-banking institutions, with a few exceptions here and there. Some banks never stopped issuing payment cards and acquiring new clients for POS terminals. Today, some banks, for instance ING bank, opt to go back to this business, however most of them act only as distributors.

Who is the biggest player in the card issuance and POS terminals market?

eService is the biggest player, partially owned by the large PKO BP bank.

Are there fears among the dominant players that your program to expand the POS network could be their new driven competitor?

The big ones are not afraid, because they are well prepared and have an innovative onboarding process. But our program will undoubtedly open the door to new players.

And fintechs? Are they too about to enter the market?

Some already have, for instance the British SumUp, who offers mobile payments and grows rapidly. There are also others interested in the market who are currently waiting for approval to enter the Polish market.

Do they need a Polish license to be able to provide payment services?

In case of providers from EU, a license from their home countries is enough, but they are still subject to approval in Poland. The approval process is fast though and doesn’t involve too much bureaucracy.

As part of your cashless payment promotion program you have also reached out to various churches and introduced them to POS terminals. How did the church respond?

To this day we have had more than 100 churches join the program. POS terminals can be used during church donations, which have relied only upon cash up until now. People can use their payment card to pay for several church services such as weddings and funerals.

How does the state support fintechs in Poland?

The main relevant state institution is the Polish Financial Supervision Authority (KNF), that runs its own innovation hub, like the one in Slovakia. KNF has plans to set up a sandbox for fintechs, however this has been put on ice for now.

KNF is looking to do a thorough research of how it should work. Initially KNF was going to create a decentralized sandbox ran by banks. They later reconsidered it and are currently looking for a different solution.

In Warsaw it is possible to pay with card even for a subway ticket or a beer in a pub. Is this only the case in the capital or is it common everywhere, even in the countryside?

The capital city is of course specific, but in Poland we have many large cities, where card payment is commonplace. In the countryside and in small towns it is a little different, but not dramatically. If you look at the density of towns involved in our Cashless Poland programme, you will see that they are in various areas across the country. Next year we intend to focus even more on the regions/countryside.

Yes, it is common nowadays that merchants accept card payments even for small purchases worth at least 1 zloty (20 cents). Just four years ago there were signs everywhere notifying customers that card payment is only possible for purchases of a certain minimal value, not the case anymore. For example, just the other day on the All Saints‘ day I could for the first time ever use my card to pay for a candle at the cemetery. You can even pay with your card at a local fruit and vegetable market. This is a change that shows in real life, it is not just a number/figure in statistics report.

The EU PSD2 payment regulation has been in effect in Slovakia for nearly two years and yet we haven‘t seen any fintech boom, mostly due to strict regulations from NBS. What is the situation like in Poland?

The Polish Bank Association has developed its own standards for the introduction of PSD2, which is basically Polish API. It was accepted by almost all banks. So Polish banks are prepared to open their systems to third party players. At the same time, banks are leading the way in introducing products based on this regulation.

Can you provide an example?

ING Bank has launched an application that allows viewing also accounts ran by other banks, which is an aggregator service. Not all banks are integrated yet, but it is certainly the first step.

How do Polish banks view fintechs? As competitors, partners or small fish they can easily swallow?

Initially banks were somewhat suspicious and sometimes aggressive towards fintechs. But this is not the case anymore. Banks now are very innovative, so when they see a new product on the market, they want to implement it as fast as possible. Nearly all large banks already have their own fintech incubators. Many have invested in fintechs and we have several success as well as failure stories available. What is important is that banks are no longer afraid to experiment.

What is an example of a success story?

Payment solution from PayPo, where the Alior bank is the investor/invested.

Which type of fintech has the better outlook for the future? Regulatory, payment or insurance (insurtech)?

Fintech as such is not an individual company, it’s a phenomenon that involves banks as well. For instance, Polish banks have invested in the very successful Blik payment gate. Several fintechs are startups, who, as they grow, decide that they need a bank/banking license. Therefore, I wouldn‘t make a strict distinction between fintechs and banks.

Quite the opposite. MasterCard has even invested in Blik and is looking to help them expand abroad. Banks tried to introduce a national card scheme, but realized that it would not be economically feasible, and they reconsidered. Visa thus still has the largest share on the Polish market. Also, the idea to launch the Cashless Poland programme came from payment card organizations. If it had not been for their financial support, launching it would not have been possible.

Instant payments, too, are a hot topic in Slovakia these days. Our banks have not been too keen to introduce them so far. They claim they would be expensive, and it is uncertain whether customers would be willing to pay extra for them. What about Poland?

We have already introduced instant payments in Poland. We even have two competing instant payment schemes. The payments are offered by all banks and despite being somewhat more expensive that regular payments, it has not been an issue.

Is crowdfunding popular in Poland?

We do have several crowdfunding platforms but also legislative and psychological barriers. From a long-term viewpoint this investment form has future, but its development will take longer than we would like. 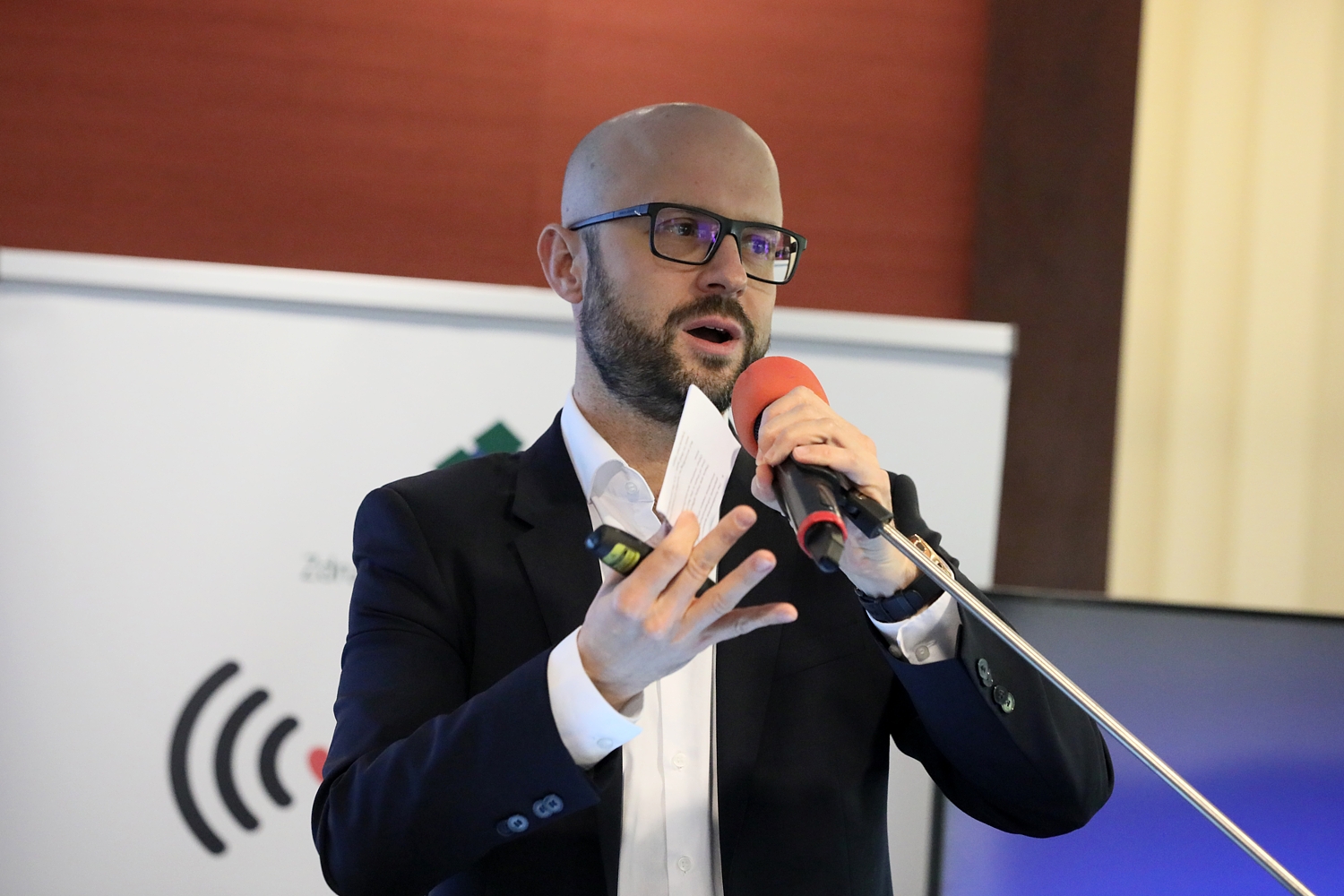 Vice-President of the Cashless Poland, a foundation supporting cashless payments. He also founded the Fintech Poland, a foundation that supports fin-tech firms and innovations. Pawel Widawski is also a lecturer at the Warsaw University and was the head of the payment systems and digital banking within the Banking Association of Poland.

Italians could learn from Slovaks

Cashless Europe? Working together is a key to success

8 Steps to Protect Your Credit Card